Don't Get Out Much 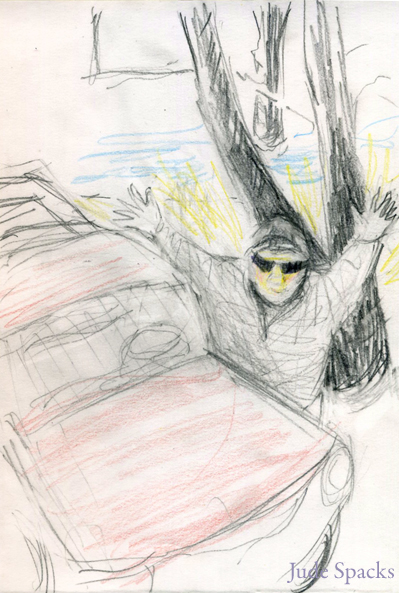 Bob stopped by to pick up my packages and the supper I'd made for him. It's always so good to see him. He couldn't stay to holler local news across pandemic distances–one of his many jobs is pet-sitting, and he had four dogs to give attention to. "Consider me the fifth dog," I shouted, wagging. "Oh, I think we can move you up to first dog," he said, always courteous. "Top dog."

In the bare-faced Before Times, I'd get to see him whenever I had an errand to run at Home Supply, where he was the genial host, a sommelier of hardware.

I arrived once near closing. After escorting me down the aisle to the wood filler and discussing the merits of both kinds, he pivoted to a large red-faced man huffing over plumbing parts.

“Anything I can help you with, Dave?” Bob inquired from 10 feet away, in a tone of sturdy tact.

“Do you have something like this, only small enough to use with this?” 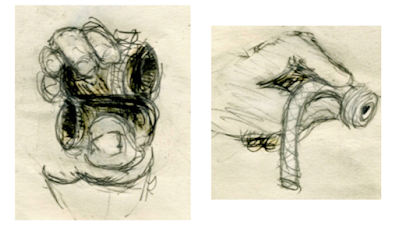 Bob considered, lowering his voice like a doctor reporting test results. I headed to the cash register to give them privacy.

By the time I’d paid and was preparing to depart, Bob had glided back up near the door. I lingered, gazing out across the street. I noticed, with a little shock, that the been-there-forever Army Navy Store had closed. 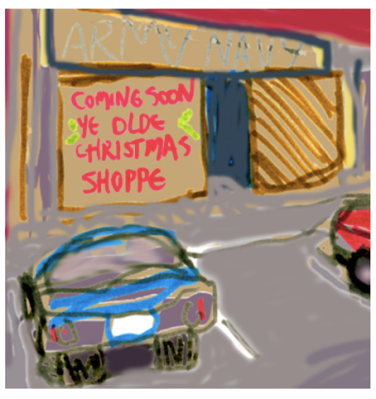 It had been dark and crammed with stuff, a vestige of a less touristy downtown. I’d felt unnerved by the seedy taxidermied fox in the window, but went in every year or so to buy another wool watch cap for my girlfriend, who likes extras for when they go missing.

“We embrace changes as they come,” observed Bob, rocked back on his heels.

I held up my hand as if to block the glare. “That sunshiny attitude is getting a bit blinding, Bob.”

This reminded him of a place he delivered to where the atmosphere was very negative.

“One of the people in charge there is always angry and can’t be bothered to do anything. The other has attention deficit and does everything and nothing at once, all of it so very urgent that I get to stand around for 45 minutes waiting for someone to sign a piece of paper so I can be on my way.”

“So I decided to be Mr Positive there. I act way too positive for anyone to stomach, so they’ll be in a hurry to get rid of me.” He signed the imaginary piece of paper in the air quickly.

“Wow,” I said. “Aggressive positivity. I’ve never heard anyone admit to that before.”

“Yes,” said Bob, holding the door to usher me out. “Aggressive positivity. So far, it doesn’t seem to be working very well.”