The Ten Minute Field Trip is a simple but surprisingly potent practice for clearing creative blocks, such as the belief, "I don't have enough time." You set a timer for 10 minutes (surprise!) and make something non-representational and purposeless–a doodle, a mess-around, a warm-up. That's basically it.


Why it works: ten minutes actually is enough time to enter The Zone, the eternal Now of creative flow, the Field out beyond ideas of wrong-doing and right-doing that Rumi speaks of, where creativity originates.

And ten minutes is also a short enough period that GottaGotta Head, who always has SO MUCH TO DO, is not seriously threatened by it.


Plus, the number ten carries ritual significance: decade birthdays matter to us; ten is the highest number available in playing and tarot cards; ten is as high as we can count on our fingers. Ten means a lot, a full cycle. So ten minutes acts well as a bridge between mundane and timeless realities. 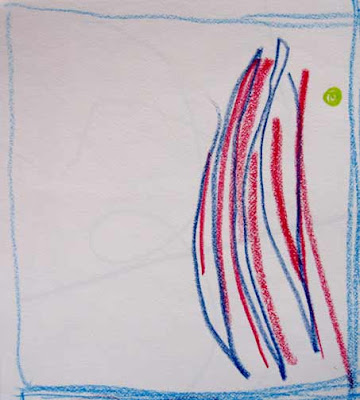 Once I gave my Creativity 101 class the assignment of spending ten minutes making a non-permanent work of art in a public place. I did the assignment too, of course.

This was in Florida. I took a rake down to the beach and spent ten minutes (approximately--I didn't have a watch) smoothing a circle in the sand and making groove designs in it. Very satisfying. When I was almost finished, the rake snagged on a watch buried in the sand. The brand name was Eternity. It was ticking. Good sign! It's still my only watch. 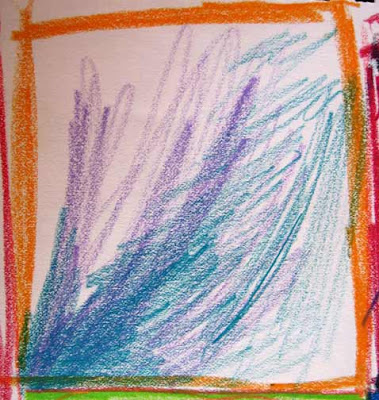 For a few days, I've been feeling a familiar pattern gathering, like a headache or a thunderstorm. It's the story that I never get enough time to do "my own work"--meaning art just for me, that doesn't have to be "good"--art that isn't focused towards an outcome. 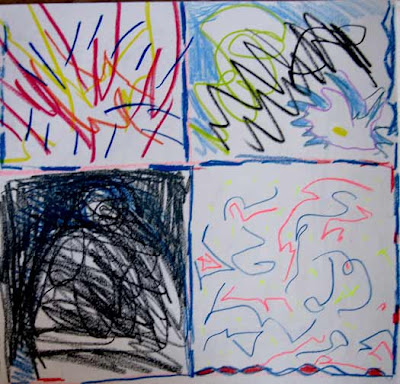 I have inquired into this before, and I can see that it is a bogus belief. It's just not true that anything I do is taking me away from something I'd rather be doing. If I weren't doing all that I in fact love doing and do willingly--working on a commission, meeting with clients, even laundry--I really can't be sure I'd be in any white heat of creativity anyway. I have had the experience of clearing calendar and studio table and then promptly shutting down into the blahs, with Ms. Oh-So-Creative out on strike and not negotiating. 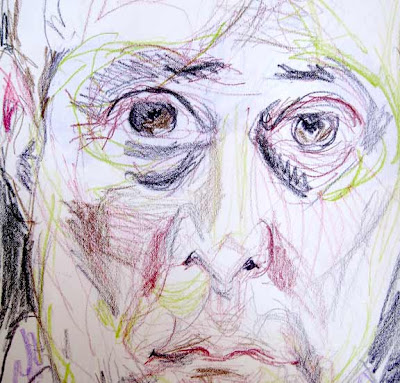 Another little thing that's been bothering me, somehow related to these grumbles about not getting to "my-own" free work, is that I have been incapable of following through on the simple desire to clean my desk. I had taken drastic measures, including lugging a big heavy filing cabinet up the attic stairs, taking apart an elaborate wall of found-boards and milk crate shelves and all their dusty contents, and even compressed all the photos and slides into the bottom of the cabinet, before inspiration and energy utterly deserted the scene, for weeks.


Since then, I have earnestly endeavored to follow a straightforward suggestion from Marvelous Mentor Molly (Molly Gordon, Coach to Accidental Entrepreneurs) viz: take 30 minutes a day to clear and organize any random pest hole that is dragging on forward motion in business or life. But this has simply not happened. My desk, completely covered in bills and god-knows-what-all, sits undisturbed, as I pass by averting my eyes. 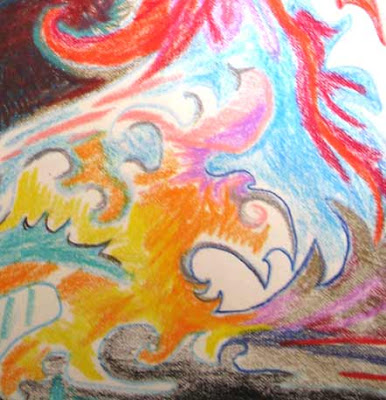 Late last night, after a long day, which included an inspiring speech to a client about the benefits of the Ten Minute Field Trip while assigning her Ten-for-Ten (doing the exercise for ten days running) I caught myself slumping towards bed, past the dread desk, with a discouraged internal snarl. I stopped. I looked at the clock. 11:40. I could take just ten minutes....

There were folded up strips of cardstock that I'd used as shims to even out those shelves, some snips of ribbon from wrapping presents, a blue tag cut off a tee shirt, earplugs in a busted baggie, paper trimmings, crumpled receipts, cellophane bits, a stamp book with two stamps left from three postage-rates back. Ten minutes, no, more like twenty minutes later, there was a dragonish junk sculpture guarding the mail, now all in one big, neat stack. 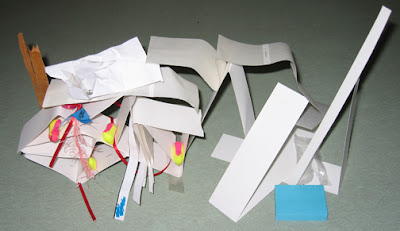 I slept well and woke cheerful. The mess on the desk was gone! It looks fine over there. I have a temporary new pet, and all is well.